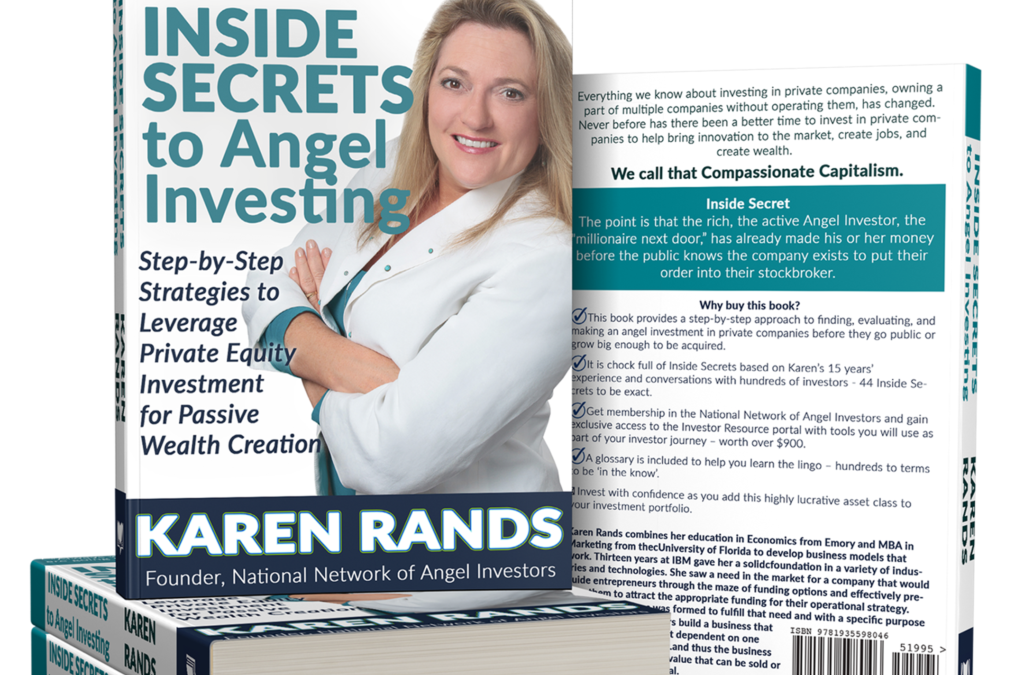 As many of you know, I write novels and a few weeks ago I did an email promotion with an author services company to get the word out about my first mystery Uncorking a Murder. While that promotion was running, I received an email from a fellow author who was also participating in the same campaign and was interested in being part of this podcast.

You’d think that writing a book is the hardest part of being an author, but that’s actually the fun part. For me, marketing and getting the word out are really the most challenging aspects of being a writer – and this is coming from someone who has worked in marketing professionally for over two decades! Even when you are published through one of the big publishing houses, the weight of marketing for most authors is on our shoulders. So how could I say no to someone else on this journey?

Karen Rands is the founder and CEO of Kugarand Capital Holdings. She’s also the author of Inside Secrets to Angel Investing.

Having my career in the mid 1990s during the dot com tech boom, I heard the term Angel Investing at least four times before lunch, daily. Karen’s new book is geared towards teaching potential angel investors the ins and outs of growing their wealth through what she calls Compassionate Capitalism.

Compassion isn’t something you ever hear alongside capitalism. If capitalism is all about survival of the fittest, there’s no room for what we might think as compassion when going head to head with competition. Karen bridges the divide between the terms by redefining compassion, which she believes is formed from the idea that entrepreneurs have passions for their ideas and build companies around them. Compassion, to her, is the creation of a company that is passionate about the potential to change the world.

In Compassionate Capitalism, we have an environment where money makers enable others to bring innovation to the market and, by doing so, create jobs and wealth for all involved. When investors use their money and talents as compassionate capitalists, it’s Karen’s belief that they will feel an emotional abundance existing alongside the wealth they’ve created.